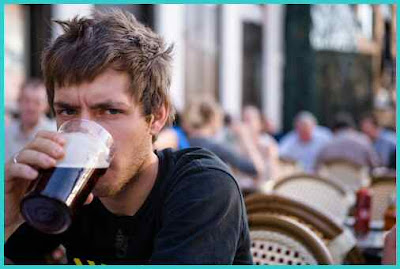 A new study indicates that teens who drink when they are feeling depressed put themselves at an increased risk of attempting suicide, regardless of whether or not they had previously suffered from suicidal thoughts.

The researchers who published their report in the Journal of Adolescent Health this week say that this highlights the need for parents and schools to step-up their alcohol screening techniques as drinking may be a signature forewarning of suicidal tendencies.

The study examined 32,000 U.S. adolescents between grades 7 and 12 and found that drinking alcohol while feeling depressed was associated with a nearly 70 percent increase in students who reported having suicidal thoughts, according to Dr. Elizabeth Schilling of the University of Connecticut Health Care Center in East Hartford.

Among those teenagers who reportedly had no prior history of suicidal thoughts, “drinking while down was associated with a 3-fold increase in risk,” said Schilling.

Schilling’s group examined the results of a suicide risk screening program from the 2001-2002 school year in which students anonymously reported their use of alcohol and experience with suicidal thoughts.

Of the students who participated, 48 percent were male, 71 percent were white and the majority of them were between the ages 14 and 17.

In the year prior to the screening, 12.2 percent of the teens admitted to consuming alcohol when they were feeling down and among these, almost 1 in 5 reported that they had attempted suicide.  Among students who did not drink while they were down only 3 percent reported attempting suicide.

“Drinking while down was associated with significantly greater risk of suicide attempt among those not reporting suicidal ideation in the past year,” the researchers wrote.

The task of recognizing and preventing teen suicide is especially difficult for parents and teachers when teens have shown no previous signs suicidal tendencies.  Thus, according to Schilling and her colleagues, screening youths for depressed drinking may prove to be a key “alternative avenue for identification and early intervention.”

According to the non-profit group Family First Aid, teen suicide is the 3rd leading cause of death among young adults between the ages of 15 and 24 in the U.S., with young males at a 7-fold higher risk compared to females.